y his colleagues and constituents to take on key leadership positions while advancing legislation spanning across the state and impacting significant policy decisions.

His tenacious work ethic has enabled him to quickly become one of the highest ranking members in the House of Delegates serving as the Deputy Majority Whip (2017-Present), Assistant Speaker Pro Tem (2019), and 2nd Vice Chair of the Prince George’s County Delegation (2019-Present). Delegate Barnes is also a member of the Maryland Veterans Caucus and served on the Prince George’s County School Construction Master Plan Workgroup in 2018.

Since his appointment to the Ways & Means Committee in 2015, Delegate Barnes has closely examined legislation that impacts education, election law, taxation, lottery and gaming, and funding of transportation programs. In that capacity, Delegate Barnes also serves as the Chair of the Local Revenues Subcommittee where he oversees local and state taxation matters (2019-Present). His leadership in the Local Revenues Committee has led to tax credits and incentives for veterans, nonprofits, small businesses, and educators.

In the Maryland General Assembly, Delegate Barnes has emerged as a fearless leader and trailblazer for African-American issues. In his first term, Delegate Barnes was unanimously selected as the Chair of the Legislative Black Caucus. As the Chair of the Legislative Black Caucus, Delegate Barnes leads a membership of 58 legislators while championing issues affecting African-Americans across the state of Maryland such as Economic Development, Criminal Justice Reform, Healthcare, Law Enforcement, and Education. Under his direction, the Legislative Black Caucus’ unified support was pivotal in passing of the state’s $15 minimum wage, raising the tobacco consumption age to 21, reforming the Maryland’s Judiciary Case Search, and historic election of the first woman and African-American Speaker of the House.

Prior to his election, Delegate Barnes established himself as a successful businessman, community advocate, and veteran. With over 20 years of entrepreneurship experience in the Information Technology and Sports Agency space, Delegate Barnes coupled his passion for sports, business and desire to uplift youth by founding what is now one of the premier nonprofits in Prince George’s County. His grassroots organization, Men Aiming Higher (2009-present) mobilizes at-risk young men through educational tutoring, leadership training, mentoring programs and community service projects. To date, more than 700 mentees have benefited from the work of Men Aiming Higher.

Most recently, Delegate Barnes launched the Bi-County Business Roundtable in 2019 to promote small business growth as well as help create wealth for a vibrant climate in the state of Maryland. He received his PMP Certification Training from George Washington University and attended Long Beach State College. Delegate Barnes resides in Prince George’s County with his wife, Makeba and their two sons Dylan & Drew and is also an active member of First Baptist Church of Glenarden in Upper Marlboro, Maryland.

Stay up to date with the latest, legislation, updates, events, scholarships & more. 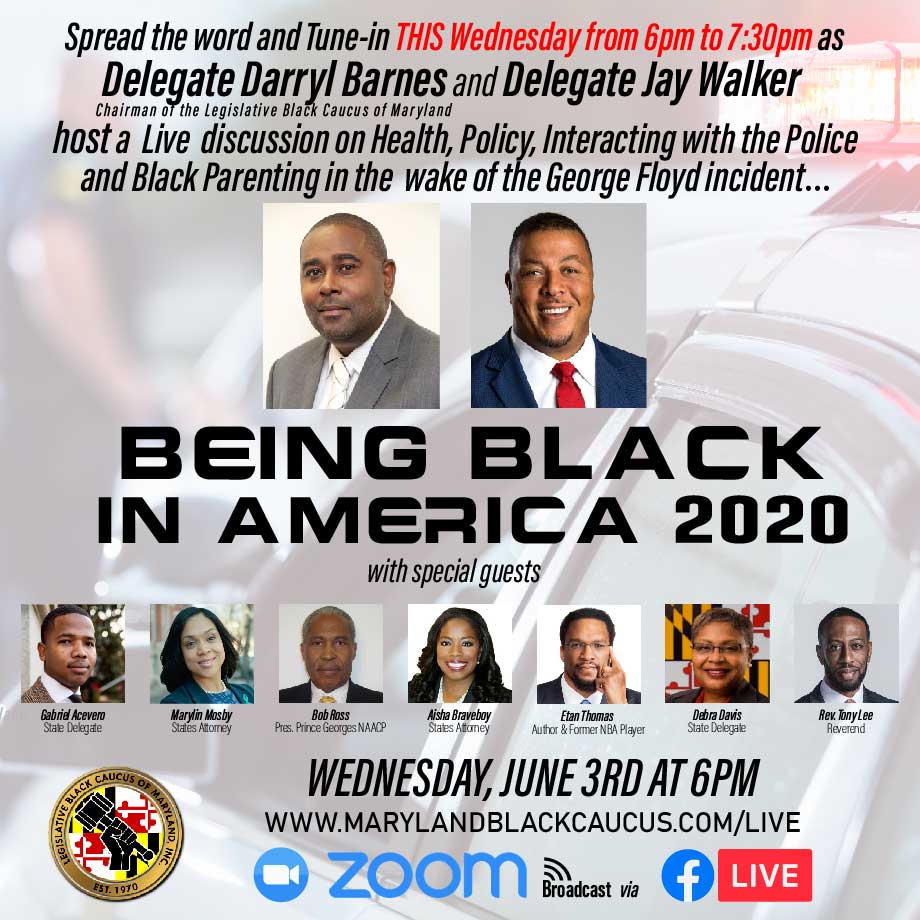 Stay up to date with the latest, legislation, updates, events, scholarships & more.
Subscribe

Any cookies that may not be particularly necessary for the website to function and is used specifically to collect user personal data via analytics, ads, other embedded contents are termed as non-necessary cookies. It is mandatory to procure user consent prior to running these cookies on your website.